Aluminum companies' performance is expected to be strong

This year commodity prices continue to break through the background of the record high, the relevant industry enterprises no windfall considerable profits. Under the background of limited capacity, shenhuo stock performance in the first three quarters of this year is still substantially pre - pleased.

On October 14, Shenhuo shares reversed the trend of heavy negative days and closed up nearly 7% in early trading.Previously, the company announced that although the impact of performance impairment net profit of more than 1.6 billion yuan, the first three quarters still reap considerable profits. 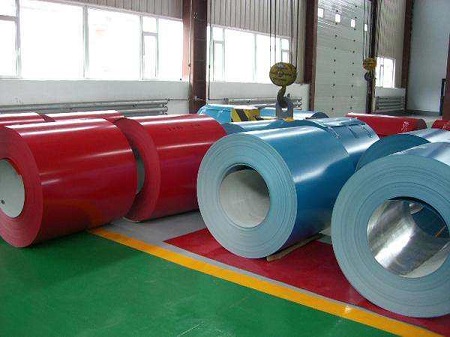 It is worth paying attention to, shenhuo shares current performance growth, or in the case of enterprise capacity is obviously limited.

After the company announcement, the tight supply of power since May 10, 2021, yunnan power grid co., LTD. Power supply for electrolytic aluminium enterprises in yunnan province, the company subsidiary of yunnan shenhuo aluminium co., LTD. (hereinafter referred to as the "yunnan shenhuo") power supply at a much lower total load, was forced to shut down in succession 200000 tons, in production capacity to 550000 tons,The 150,000-ton third stage of the second series also failed to start as scheduled.

According to the company, since August, Yunnan Shenhuo has been organizing production in strict accordance with the production limit requirements.The relevant local departments issued a notice on resolutely doing a good job in the related work of double control of energy consumption, and the notice required "continue to do a good job in the production control of green aluminum industry, to ensure that the average monthly output of green aluminum enterprises from September to December is not higher than the output of August".The implementation of this policy will cause yunnan Shenhuo to continue to limit production of 750,000 tons of production capacity, built but not put into production of 150,000 tons of capacity can not be put into production, the development of 800,000 tons of business plan at the beginning of the year can not be completed;At the same time, orderly electricity consumption and output reduction will have a great impact on key technical indicators, product costs and economic benefits of Yunnan Shenhuo. 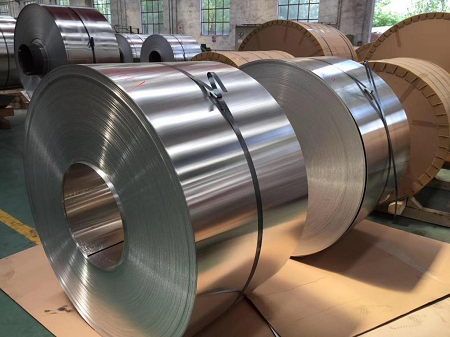 Mingtai Aluminum is mainly engaged in the production and sales of aluminum sheet and foil, the company said that the company's product variety is rich, widely used, high value-added products accounted for a continuous increase in downstream demand.During the reporting period, the product processing fee has been increased for several times, and the overall profit has increased significantly compared with the same period last year.At the same time, the company actively expanded the market. In the first three quarters of 2021, foreign trade sales increased by about 27%, domestic trade sales increased by about 23%, and the overall sales increased by about 170,000 tons. The increase in scale brings improved economic benefits.In addition, the company actively responds to the national call for energy conservation, environmental protection and sustainable development, adheres to the road of green development, implements recycled aluminum recycling and comprehensive utilization of aluminum ash and slag projects, further reduces production costs and thickens profit margins.

In addition, the macro and holding also notice, in the first three quarters of this year the company through the adjustment of products structure, improve the level of lean controls, main product sales year-on-year increase, sales year-on-year increase in prices, prompting revenue growth, product gross margin year-on-year increase, rising prices cause provision for asset impairment loss (inventory write-down) fell, after the first phase of the regenerative aluminium project put into production,The company has played an active role in securing raw materials and reducing costs. The company's profitability has improved and operating performance has continued to improve.

Statistics show that the average monthly output of electrolytic aluminum in the first half of 2021 was 196,618 tons.From May, Yunnan province began to limit power due to drought. In July, due to the high coal price, thermal power enterprises suffered losses and output was insufficient. Guangxi also joined the queue of power limit, and Yunnan's power limit increased to 30%.At the end of August, there was unconfirmed news in the market that Guangxi planned to increase production limit, requiring that the output of alumina and electrolytic aluminum in September should not exceed 50% and 80% of the average monthly output in the first half of 2021.

Aluminum prices have been high for a long time, is currently at the top of the history, is facing the pressure of the correction?

Ye Jianjun, an analyst with Business, believes that the supply side of the aluminum market is affected by the policy of "carbon neutrality", "carbon peak" and double control of energy consumption, and the uncertainty of the resumption of production in Yunnan, Guangxi, Guizhou, Inner Mongolia, Qinghai and Shaanxi is high.During the National Day period, the power consumption policy basically continued the previous situation, the supply side of new capacity basically formed the ceiling, the probability of violent release of capacity is not high.At the same time, downstream operation rate is also affected, superimposed on the current high aluminum price, the test of downstream undertaking capacity, stockpiling risk is large, downstream on-demand procurement is the main, upstream and downstream gaming intensified.In the short term, it is expected that under the effect of high cost factors, aluminum prices are highly likely to run on a high platform.

Aluminum prices run high at the same time, alumina and other production raw material prices are also rising.Aladdin analysis, during the National Day overseas alumina market transaction prices rose, and the domestic market continues to form a staggered situation, Shanxi flood led to alumina transport blocked, downstream stock and procurement is expected to perform positively, premium maintained.Good news is still relatively concentrated, the market up inertia to maintain.With the emergence of overseas actual transactions, the quotations of mainstream suppliers in the north generally moved up to more than 4000 yuan after the holiday, and the quotations of some reluctant traders moved up to more than 4050 yuan.