Production and balance of alumina and electrolytic aluminum 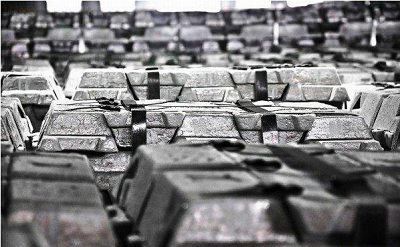 was 197,400 tons, an increase of 4,900 tons from the 192,500 tons in October 2021. In November, some alumina companies that had stopped production during the previous period resumed production this month, and some companies carried out maintenance work this month, and some areas were affected by heavy polluted weather. The roasting of enterprises was slightly reduced, and the impact of the number of monthly days led to a decrease in the overall supply this month. . On the whole, the daily output of alumina in November increased slightly compared with October, and the monthly output decreased. It is expected that the overall daily output of China's alumina industry in December 2021 will slightly decrease from November, and the monthly output may increase slightly depending on the number of days. It is expected that the domestic alumina output in December will be about 6.03 million tons.

In November 2021, China's aluminum rod output was 995 thousand tons, a year-on-year decrease of 10.71%, with an average daily output of 33,200 tons, a slight increase from October 2021. In November 2021, the power curtailment eased, downstream profile production increased and resumed production, and the operating rate increased. In addition, the aluminum price in November dropped sharply from October. The average monthly price of the Yangtze River dropped by about 3250 yuan/ton from the previous month, and the monthly average price of Southern Reserve fell. Around 3145 yuan/ton. After the price plummeted, the downstream replenishment. Individual bar companies have reduced their production of aluminum rods due to insufficient aluminum water supply. Some bar companies have increased their production of aluminum rods due to increased orders, and companies that have stopped production due to equipment maintenance in the early stage have resumed production. Generally speaking, the production capacity of aluminum rods has increased more than that Reduce production capacity. In the off-season of consumption, the impact of the environmental protection policy of the Winter Olympics is superimposed. It is expected that the overall daily production of China's aluminum rod industry in December 2021 will decrease slightly from November 2021.

In November 2021, China's metallurgical-grade alumina output was 5.921 million tons, and the import volume was 155,000 tons based on actual arrival at the port (not calculated by the time of customs declaration), of which 1 ship in Qingdao Port, 31,500 tons; 3 ships in Bayuquan Port, totaling 7.65 10,000 tons (all used for electrolytic aluminum); 1 ship in Tianjin Port, 27,000 tons; Alashankou 20,000 tons (all used for electrolytic aluminum); calculated by departure time (not calculated by customs declaration), no alumina in November Large-scale export orders are negligible; while for non-metallurgical grade alumina, about 140,000 tons, China's electrolytic aluminum output is 3.049 million tons, based on the unit consumption of 1.93 tons per ton of aluminum alumina, China's alumina supply in November was surplus 51,200 tons. In a slightly surplus state.