The party now looks confidently to the future

Today theCommunist Party of China is celebrating its 100th birthday as the "great, glorious and correct" Party of the Chinese people and will embark on its second century with vision and confidence.

Despite constant accusations by Western politicians and media outlets, the truth is that the CPC is the driving force behind China's socioeconomic miracles and political advancement and an anchor for global development and peace.

Needless to say, the consistently rising progress and growth of China, a nation once weak and poor that had long been under the duress of imperial powers a century ago, is viewed today as a competitor by the world's single superpower and biggest economy, which speaks for Chinese success under the CPC's leadership. 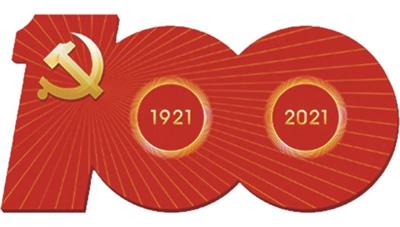 Undoubtedly, the CPC has proved to be unique and distinguished since its inception in July 1921, when it blended Marxist-Leninist principles with Chinese characteristics, thus creating a new model suiting its country, people and environment. Its eventual victory over the Kuomintang, which led to the founding of the People's Republic of China in 1949, was a people-based endorsement of its governing legitimacy in the world's most populous country.

In the following decades, it has constantly pursued a basically better and better socialist system maintained by the CPC's functioning, leading role and unflinching strength. Its philosophy of "seeking truth from facts" carried on from the Party's birth also has allowed its leadership to switch to reform and opening-up to the outside world in the late 1970s and to a community of shared future for mankind in the new era. Moreover, the CPC has been keen for collective wisdom, and creative in its exploration of building a well-off society with a socialist basis, one part of which was the launch of the Five-Year Plan system in 1953. This year marks the 14th Five-Year Plan period (2021-25) in this progressive series of growth and development plans. Each of the past 13 periods has projected the nation's social, economic and political goals according to its actual situations and needs.

The CPC's decision-making is based on democratic centralism, which combines elections, consultations and inspections among other intra-Party democratic elements.

The Party has succeeded in caring for 1.4 billion Chinese people and considerably improving their living standards. We can rightly mention the CPC as a centrifugal force behind China's social, economic and political power.  Under the leadership of Xi Jinping, general secretary of the CPC Central Committee, the Party has revamped its anti-corruption supervision and tapped domestic vitality. Its people-centered policy is a guide to the world's largest poverty-relief campaign, which last year succeeded in eliminating abject poverty. The country's success in containing COVID-19 in a comparatively short period in 2020 has again proved that it puts people's lives and interests first.

The CPC's role is vital to ensure continuity of the ongoing progress and growth of China, which is becoming an engine of fair and inclusive world development. With full understanding of the increasing connectivity of all nations, the CPC has pushed through ambitious programs, including the Belt and Road Initiative, to facilitate interaction with people in the rest of the world. The initiative, which Xi proposed in 2013, has yielded fruit and expanded cross-border economic and cultural exchanges.

The BRI principles of extensive consultation, joint contribution and shared benefits, and its aim for open, green and clean cooperation and development, showcase the CPC's vision for better lives for all of the world's people. Judging from the benefits that the CPC-led country has shared with other parts of the world during its progress, it is fair that the 100-year-old CPC earns respectful credit and embraces great expectations for the next century. The writer is secretary-general of the Pakistan-China Friendship Association Khyber Chapter and president of the Radio China Listener's Club.