Home / News / Industrial Information / What are the properties of aluminum wafers?

What are the properties of aluminum wafers?

Undoubtedly, the application of aluminum wafers and aluminum alloys will be more extensive in the future. Aluminum metal ranks 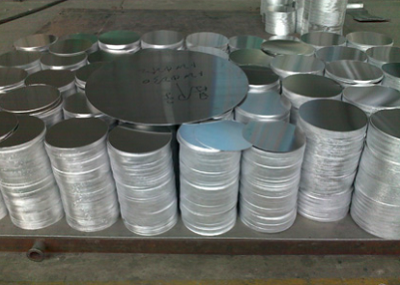 second in global metal usage, second only to steel, and has become the second largest metal used by people. The reason for its wide application is that aluminum has performance characteristics that other metals do not have.

First of all, aluminum is light in weight and strong in corrosion resistance. These two points are the most significant characteristics of aluminum wafers. It has low density and light weight, so it is widely used in aviation, automobiles, ships and other transportation manufacturing industries. In addition, high-end industries such as spacecraft and artificial satellites also use a large number of aluminum wafers, aluminum metal, and aluminum alloys.

Secondly, it has excellent conductivity. Although its electrical conductivity is weaker than that of gold, silver and copper, because of its large reserves and low density, it is only equivalent to one-third of copper. Therefore, the same amount of electricity is transported, and the quality of aluminum is only Half of copper. In addition, the surface oxide film of aluminum not only has the ability to resist corrosion, but also has a certain degree of insulation. Therefore, aluminum wafer metal has a very wide range of uses in the electrical manufacturing industry, wire and cable and radio industries.

Finally, I want to talk about the malleability of aluminum:. Aluminum wafers and aluminum alloys are often used as forgings in the industry. Forgings of various shapes and varieties can be cast, and a variety of methods can be used for connection, including the use of fusion welding, resistance welding and other electric welding methods. Knots, as well as mechanical methods such as riveting and bolting. In addition, thermite is also often used to smelt refractory metals and weld steel rails. It can also be used as a deoxidizer in the steelmaking process.