What factors affect the supply and demand of alumina？

As a resource-rich country, Indonesia has also made a lot of money due to the surge in commodity prices in recent years. However, Indonesian President Joko recently stated that Indonesia is preparing to suspend the export of all bulk raw materials. 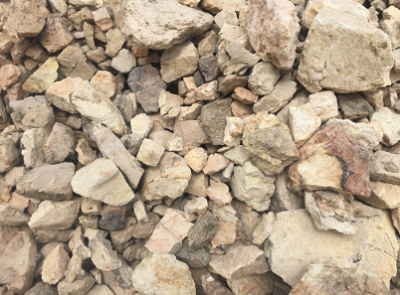 Although Indonesia has been restricting the export of raw materials in recent years, the term "all" has still aroused heated discussions.

On November 25, the Netherlands International Group issued a report stating that Indonesia’s move was to attract foreign investment, allowing Indonesia’s raw materials to be processed locally and then exported, which would help export semi-finished or finished products with higher value. Attract investment, develop the smelting industry, and increase employment. Coincidentally, in August this year, Malaysia also issued a scrap copper import restriction policy, which aims to promote Malaysia's development as a global copper scrap transit trade center and promote the development of the smelting industry. According to industry insiders, China is the world's largest importer of bauxite. After a similar ban was issued in 2014, China's dependence on Indonesian bauxite has been declining in the past few years.

There are three main measures to deal with this problem:

First, increase imports to countries such as Guinea. Generally, Indonesia's imports account for about 16% of the total, which is between Guinea and Australia. It can be seen from the data that Indonesia's bauxite imports have continued to decline this year.

Second, increase the inventory of imported mines at domestic ports. The current stock of imported bauxite in domestic ports exceeds 24 million tons, and the consumption of more than three months can alleviate the shortage of supply in the short term.

Third, increase investment in foreign alumina projects. Indonesia has not restricted the export of alumina. The main purpose of restricting the export of bauxite is to attract investment. It is hoped that the alumina industry can be produced in the country. In the past, large domestic aluminum companies imported bauxite to China and then processed it into alumina to sell to the world.

In recent years, with the continuous escalation of domestic environmental protection requirements and the vigorous development of carbon reduction work, alumina, as a high-energy-consumption and high-polluting industry, has been restricted by various localities. In addition, due to the lack of bauxite in our country, a large amount of imports are required. Large Chinese aluminum companies such as Chinalco, Weiqiao, Xinfa, and Xilu have entered Indonesia and other Southeast Asian countries. Take Indonesia as an example. It is nearer to China and the freight is cheap. Indonesia is an island country with many good ports, which is conducive to transportation. In addition, most of the bauxite mines in Indonesia are located offshore, so it is more convenient to build alumina plants. Since the establishment of the China-ASEAN Free Trade Area in 2010, the cooperation between Indonesia and China has gradually increased, and the government has led a number of alumina construction projects. Large enterprises such as China Hongqiao Group and Shandongnanshan Aluminum have put into production projects in the local area. The overseas layout of large aluminum companies is in line with the current domestic environmental protection trend and Indonesia's economic development needs. It is expected that more large aluminum companies will increase investment in overseas alumina projects in the future.

In general, Indonesia has announced that it will ban the export of bauxite, which will have little impact on the overall supply of bauxite in my country. In the short term, Guinean imports and inventories are the support; in the long term, the output of foreign alumina projects continues to increase and is supplied to the country, so the Chinese market will not cause too much impact.