What is embossed plate?

The classification of embossed aluminum panels

There are more and more varieties of patterned aluminum panels, which makes everyone a little dizzy. Everyone only knows 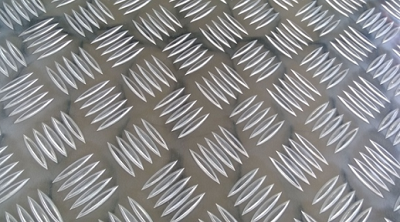 about the patterned aluminum panels that you like. You can say that you don’t know anything else. If you don’t understand, today our editor will share with you. Its classification, let everyone understand it, let's take a look at the following introduction.

1. The five-reinforced aluminum alloy aluminum plate is not only cheap, but also has a good anti-skid effect.

Aluminum alloy pattern plate: It is processed with 3003 as the main raw material. This kind of aluminum plate is also called anti-rust aluminum plate. Its strength is slightly higher than that of ordinary patterned aluminum plate. It has anti-rust performance, but the hardness and corrosion resistance cannot reach the 5000 series. Therefore, the product is used in non-strict anti-rust aspects, such as truck models and cold storage floors.

Aluminum-magnesium alloy pattern plate: Processed from 5000 series aluminum plates such as 5052 or 5083 as raw materials, it has good corrosion resistance, hardness and rust resistance. Usually used in special places, such as ships, cabin lights, and humid environments. This kind of aluminum plate has high hardness and some load-bearing capacity.

According to different classifications of patterned aluminum plates

4. Lentil-shaped pattern aluminum plate is a commonly used style of non-slip aluminum plate. It has a good anti-slip effect. It is mainly used for carriage, platform, cold storage floor, workshop floor, and elevator.

Although aluminum profiles have many advantages, they are about 3 to 4 times more expensive than iron products. Unoxidized aluminum materials are prone to "rust", resulting in performance degradation. The longitudinal strength is not as good as that of iron products, and the wear resistance of the surface oxide layer is not as good as that of the electroplated layer. It is easy to scratch and the cost is higher.